As an aspiring or active entrepreneur, there’s lots of content out lately about the morning habits of the highly successful. Can you emulate these people to guarantee success?
No.

Exercise, meditation and eating a good breakfast are healthy morning choices, but they don’t necessarily reflect what all entrepreneurs do.

In her recent Entrepreneur article Carolyn Sun lists the morning habits of 10 entrepreneurs How Does Your Morning Routine Compare to Elan Musk’s, Sheryl Sandberg’s and Warren Buffett’s?  Some of these celebrities exercise, some do email, some read papers. Breakfasts range from fish, salad, Egg McMuffin, coffee or CocaCola. Pretty much what you’d probably find in a survey of the general population.

A link from this same article gets you to another Entrepreneur article. 8 Actions You Can Take Every Morning to Build Your Side Business Faster by Ahmed Safwan. Meditation, ignoring email and social media, exercise, affirm, visualize, read, journal and finally work are his list of must do items for successful entrepreneur’s mornings.

Here’s 3 things you need to start every morning and move your enterprise toward success – literally before you get out of bed – from the sublime to the ridiculously easy.

Meditation, exercise and eating healthy are great for you, but being an entrepreneur takes a commitment from you that goes beyond normal lifestyle choices.

For the last three hundred years humans have communicated daily in newsprint. Newspapers have served to incite, quell, provoke and entertain. For many, they’ve been an integral part of every day, brought to the doorstep or picked up in the newsstand. Generations of kids have financed their childhood delivering them.

Newsprint is disappearing from the landscape. Stacks and stacks of old newspapers and what to do with them is now a forgotten problem. We used them for dress patterns, fish n’chips, cleaning windows, insulation, cat litter, bird cages…

So what’s happening in all those sheds, bakeries, fish shops, dressmakers? Every spot on earth that had a stack of old newspapers rising daily is now shrinking. As it shrinks we take an accidental journey back in time.

The photograph below is from the Botanical Garden in Kutaisi, Georgia. They are back to 1987. 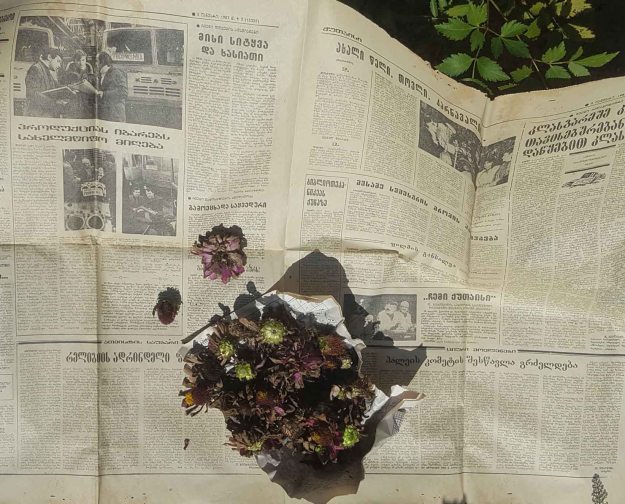 Ali Akbar Shirjian, a photographer from Iran, doing a photo essay in a cherry orchard became captivated by photographs in the old newspapers being used to collect the cherries. The photographs were of missing people from the Iran revolutionary era. Those papers were from the the late 1970’s. 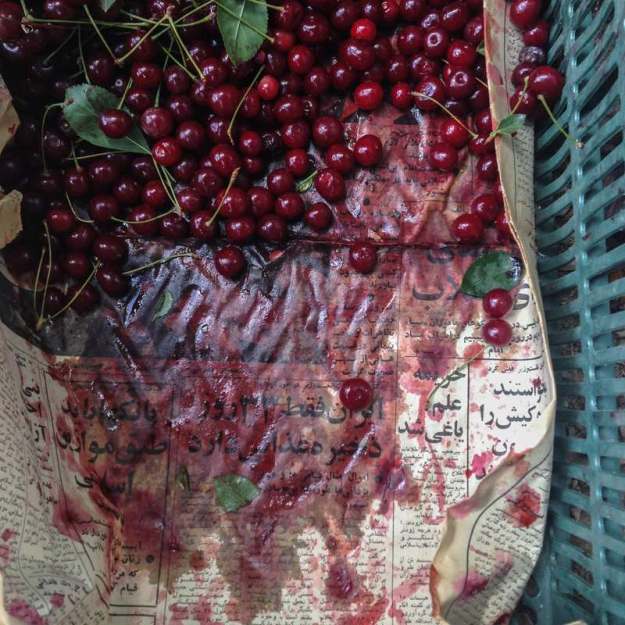 This is a phenomenon happening world-wide.

Soon, they’ll all be gone.

I neither lament the old days, nor champion the new newsprint-free world. It’s just a new paradigm deserving a little bit of notice.

Many thanks to Ali Akbar Shirjian for the use of his photos from the book “The Cherry Orchard.” His book, lecture and photographs were featured in Georgia’s Batumi Photo Days in 2016.

The content of this website/blog are mine personally and do not reflect any position of the U.S.  Government or the Peace Corps.